Today I am updating the ROHRBACH ARCHIVES with some remarkable photographic material sent to me by good friends. Also available is now a link to the PDF copy of a Publicity Brochure (in French) of the ROHRBACH METALL-FLUGZEUGBAU from 1928, promoting its flying boats with Trans Atlantic capacity. Click here or in the relevant column on this screen:

Finally a word of recommendation:

Today I improved the ease of access to the articles on my site.
Click the tab “ACCESS TO THE PAGES ->”, then select any PDF-file that is listed. Have a nice day!

I am posting a short biographical sketch of

see also the page “FROM FLEDERMAUS TO POLARIS”

Willy Fiedler was a remarkable German/American aviation engineer, test pilot
and development scientist in Missiles and Rocket propulsion.
He is remembered by many as a cheerful, congenial person who made important contributions in his field of endeavor.

Today I am posting Part3 on the HERBERT WAGNER page
with a selection of Wagner’s German and US patents.
You may also click here: 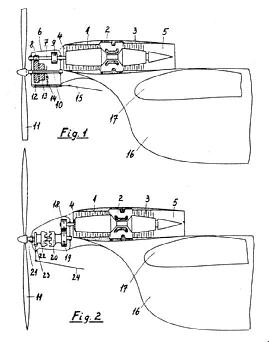 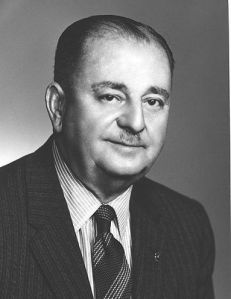 I am posting today on my site a page that describes the history of the design effort of ISAAC MACHLIN LADDON to create that remarkable flying boat, the PBY CATALINA.
Press the tab at the top of the screen or you can download the story directly from here:
LADDON CATALINA

Soon I plan to deposit on this website the story of Isaac Machlin Laddon and his superb creation the
PBY Catalina flying boat.

In 1934 he obtained with this airplane form that was perfect­ly matched to function.
He was so happy with it (rightly so), that he patented its shape, like Coca Cola had done with its bottle. Especially pleasing to the eye was the mounting of the high parasol wing on the fish-like hull. An original supporting structure was used; its origin puzzled the experts.

Roscoe Creed wrote:  “…Laddon’s choices were:
–  to use struts to mount the wing as before,
–  or resort to a deep hull with a shoulder-mounted wing,
–  or a less deep hull with a gull-wing,
–  or set the wing on a pylon…
Just how and when Laddon came up with the pylon idea nobody knows…”

The article that I will be posting shortly under ‘PBY CATALINA’ pretends to give the answer.

Somehow the real theme of this website seems to be
long distance flight in the last century.
Today I am posting the page ‘ZERO MYTH’ by my friend Roy Day about the Japanese Zero fighter that could fly 2000 miles.
There were rumors that it was invincible…
Until one day in 1942 a PBY Catalina came across a shot-down Zero in the Aleutians..
ZERO MYTH

Since The Rohrbach Chronicles appeared on my site in May 2014, several hundred people have viewed them and I have received several very complimentary reactions. Among them from Europe and also a great many from the United States. Some respondents were so friendly as to send me additional material about the subjects that I covered.
I am very grateful for this show of cordiality.
From time to time I intend to use the material I received to complement my archive-on-site.

Today a new, short addition with a well-known but very special photograph.

See the page: ”THE ROHRBACH ARCHIVES – Additions I

This blogsite was originally started as an attempt to turn the attention of (amateur) aviation historians to the Life and Works of the German airplane designer and manufacturer Adolf Rohrbach (1889-1939).

In particular, I was guided by the hope that this year, at the occasion of the 75th  anniversirary of Rohrbach’s death on
July 6th, 1939, an effort would be made by qualified historians and/or journalists to remember him in a commemorative publication and perhaps also, who knows?, by a disclosure of the true cause of his death. I do not know at this time if any newspaper or journal has paid attention to this anniversary.

The Chronology of Adolf Rohrbach, with its many references, will remain available on this site and is free for use by any one who wants to study his life.

At the same time, I would like to broaden the scope of this site to the history of machines that move through the Air or through Space and to the people who designed, manufactured or operated them.

For this purpose, the domain name of this site is as of today:

Links to the original domain name (ritstaalman.wordpress) will remain active.

Apart from the Rohrbach story, I intend to make available an extensive article on the development of Atlantic Airliners in the period between the two World Wars (work in progress, two chapters on-line).  More articles with biographical content are in preparation. For now, I am adding a performance analysis of the remarkable PBY Catalina flying boat, as well as an article which was contributed by LeRoy E. Day, CDR.USNR  Ret. titled: EARLY MISSILE LAUNCHES FROM SUBMARINES.

Welcome to my field of special interest.
The ‘ROHRBACH CHRONICLES’ are about the construction of all-metal airplanes in the Interbellum (1920-1940) with special attention to the Life and Works of a now forgotten German aeronautical engineer and industrialist:
Dr. Adolf Karl Rohrbach (1889-1939)

airplane construction interbellum – like Rohrbach and many other pioneers